Check out Part 1 and Part 1.5 for a bit more background on SULC.  In short, it's a ridiculously simple way to control high-power RGB LEDs from a computer.  You can send commands like "red, blue" or "all green" to control the LEDs, rather than implementing some complex protocol.

The build process for this version was the same as my first prototype - using a laser-cut solder paste stencil and "frying pan" reflow soldering - so I don't have any new pictures to show of that.  However, I do have pictures and video of the new version in action: 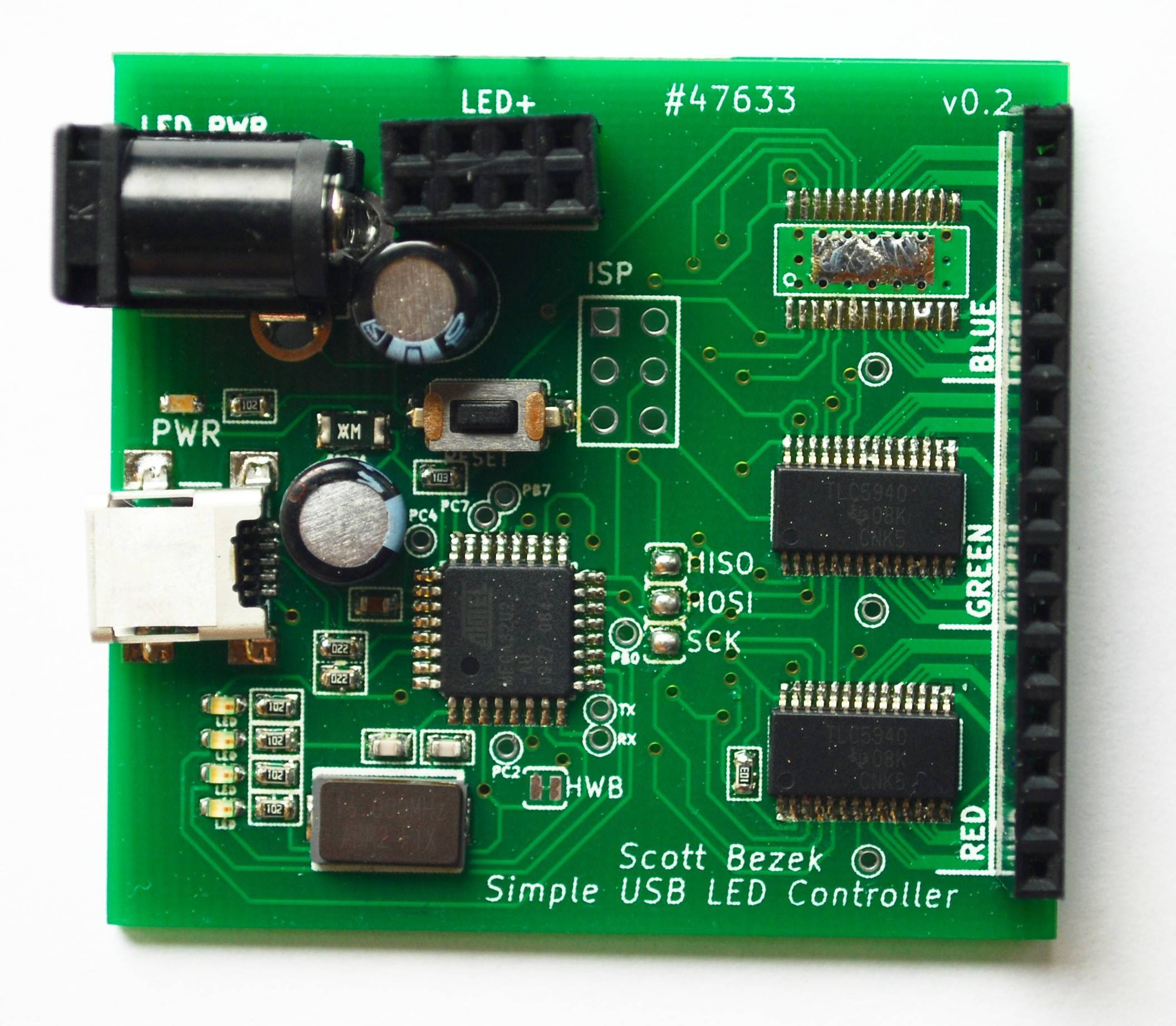 (I ran out of TLC5940s, so I decided to make this board with just 2 of them rather than waiting for a shipment to arrive - notice the missing IC in the top right corner)


The video gives a brief overview and shows just how easy it is to control high-power LEDs with SULC:

The full design files (schematic, pcb, firmware, and software) are on github: https://github.com/scottbez1/sulc